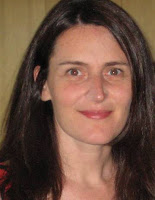 For those readers who don’t know you, can you tell us a little about your personal and educational background?


I spent my childhood and early adulthood in France. I studied at the École Nationale Supérieure de Chimie de Montpellier, getting a chemical engineering degree, then moved to the US. A few years later, I went to the Monterey Institute of International Studies to get a Masters degree in Translation and Interpretation. I graduated in 1999. I have been freelancing as an En>Fr translator and a Fr<>En interpreter since then. I live in the San Francisco Bay area with my husband and two young daughters.

How or why did you get started in T&I?


I always loved languages. As a child, I made frequent visits to the US for family reasons and was exposed to English early on. Later, I studied German and Russian in school. I always took pleasure in learning languages. However, the French system is such that it strongly encourages students to take the Classes Préparatoires/Grande École path if they are able to. I willingly took this route, all the while knowing that I loved languages, but not really knowing what I could do with them. Half way through my engineering studies, I realized that conference interpreting was something I really wanted to do, so after getting my degree, I moved to the US to work on my English in preparation for going back to school to study conference interpreting. My engineering degree came in really handy as I was able to work as a chemist in the interim.

Do you have a good early story about your business?


Yes, a positive one. Right after I graduated in 1999, my first interpreting job was for the State Department. The State Department often recruits at the MIIS campus so it’s pretty common for new graduates to work for them. My first assignment was with a group of Rwandan delegates: judges visiting the US for three weeks to talk about conflict resolution. This was five years after the genocide in Rwanda and these delegates were trying to bring peace and reconciliation to their country. They were in the process of establishing local village courts known as gacacas, whereby all the perpetrators of genocide would be tried. The stories they told about the genocide were wrenching and what they were trying to do was remarkable. I felt really privileged to be a part of that dialog and to enable that kind of exchange. It just confirmed my choice. I fell in love with my profession all over again during my first assignment. And so I knew that was it – that I was going to stick with this.


What is unusual or unique about your practice, in comparison to your competitors?


I’m not sure that I do anything really unusual. If anything, I would say that I am very diversified, which comes from my nature. I like variety. Translating full time would be far too lonely for me and interpreting full time would be far too stressful. Doing both really gives me the perfect balance. I also do quite a bit of voiceover work, as well as some teaching. I am teaching at the Monterey Institute right now. For me that variety is essential.


Do you have a customer experience or feedback that you are most proud of?


After graduating from Monterey, I moved to New York. In September 2000, during the General Assembly at the UN, I was hired to interpret for Denis Sassou N’Guesso, President of the Republic of Congo, for about a week for the side meetings he had outside the UN sessions. Towards the end of the week, he was having a meeting with a US congressman and launched into a very long anecdote about his life. I was interpreting in consecutive mode so I was furiously taking notes, and he went on and on. At one point the congressman gestured that perhaps he ought to take a break so I could interpret. Sassou N’Guesso said “Oh, don’t worry. I’ve seen her work, she can handle anything.” The comment was of course very satisfying because it showed that I didn’t cramp his style in any way! That is after all the true role of the interpreter: to enable communication without interfering.


I do have a website: www.simply-said.com. I have noticed that some people do find me on the Internet through my website, so I am glad that I took the time to develop it in the early days when I had few clients and lots of time on my hands. I also have a LinkedIn profile, but I don’t really make much use of it.


Do you have an interesting story about a customer interaction you had?


I was in New York when 9/11 occurred. In the days that followed, I was like every New Yorker, wanting to help in some way. I heard, perhaps through the New York Circle of Translators, that the Red Cross was looking for volunteer interpreters to help at the crisis center that had been set up for the families of the victims. They needed interpreters for families who were coming from abroad. I volunteered and happened to be there when the parents of a French person who died in the Twin Towers arrived. It was perhaps two days after 9/11. I interpreted for them during their counseling session. It was heart-wrenching. It was technically perhaps the easiest assignment I ever had, but emotionally it was one of the most challenging interpreting situations I ever encountered. These people were lost and dazed and they had tremendous sorrow and they were grieving. They were thankful to be able to use their native language at this terrible time to talk about the loss of their son. This experience will stay with me forever.

What are some of your greatest challenges in your business?


My greatest challenge has always been the fact that freelancing is all about feast and famine. In terms of income, work flow, and organizing one’s life, it is not easy. However, it is a price I am willing to pay for the variety and flexibility that this profession affords me. The other challenge I have now that I have children is that interpreting requires quite a bit of travelling, which can be hard on family life. It is always a juggling act.
Publié par à propos à l'adresse 10:42 PM