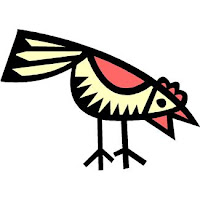 Translators – Is There a Pecking Order?

The Financial Times recently published an article in its ft.com/Life & Arts section on translators and translation entitled "New Word Order". Bearing the tag line: "Translation is an art beset with linguistic pitfalls", it was written by Sam Taylor, who recounts his journey towards becoming a translator, a profession that does not appear to have been on his original list of those "most likely to be pursued". Taylor wanted to be a writer, and had moved to France to do so (his wife is French), learning most of his French "through osmosis". Along the way he came to the realization "as many authors had before me, that novels alone are rarely a sufficient source of income." So, he began to consider translation "as an option." How he managed to make this option a reality, while interesting, is not particularly unusual – many of us, I am sure, know colleagues who arrived at the profession via alternate paths. Perhaps this article could even have been entitled "The Accidental Translator" or "Le Traducteur Malgré Lui" (apologies to Anne Tyler and Molière). However, I perked up when I came to the following:


"I am now a full-time translator. Not only literary translation but the more banal, short-deadline work given out by agencies: everything from technical manuals to corporate catalogues to art gallery audio guides. The work can be dull and stressful but it is rarely unpleasant: you can do it in bed, for a start, and it often has the same sort of compulsive fascination as a crossword puzzle. And, unlike writing novels, you get paid every month. Literary translation is, however, by far the most fascinating and prestigious form of translation" [emphasis mine].


As I read this I felt myself becoming both sad and angry for several reasons. First, the fact that author lumps all of the "banal" work that is not literary translation into a single one-translator-fits-all category and that he considers himself equal to the task of doing all of them. Second, by the stereotype that the translator has the option of doing his work in bed (no mention of deadlines or appropriate business attire here – pajamas?), work that can be done only because of its "compulsive fascination", similar to doing crosswords. Third, that, unlike the author of novels, the translator gets paid every month (marketing your skills from bed? – that might be a good workshop presentation). And finally, because it reinforces what I think is the worst prejudice of all about translation: that there is a pecking order of translation, with literary translation being its most prestigious form.

Please be sure to post your comments – I hope we will get a good discussion going. And thanks to former A Propos editor Elisabeth Lyman for brining this article to my attention!

Update on the FLD Blog Translam:

I am delighted to report that I have received a submission for the English language text to be translated into French – two poems authored by FLD member Jenn Mercer. I have not received any French texts yet. I hope some of you will take the plunge and submit a text (or two) – either poetry or prose. The deadline for submissions is Friday, June 1, 2012.