MAKE THE MOST OF YOUR SUMMER VACATION! 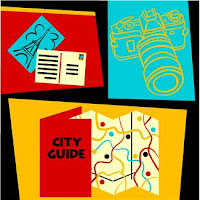 Make the most of your summer vacation – or at least part of it – this year!

Summer will arrive on June 20th, less than two weeks from now. Many of you are probably already in vacation thinking and planning mode. As you decide where to go and what to do, why not combine relaxation and travel with some continuing professional education? This summer, there are two wonderful opportunities you might consider: the Université d'été de la traduction financière, to be held in Paris July 11-13, 2012 and Translate in the Townships/On traduit dans l’Estrie, which will take place in Orford, Quebec August 19–22, 2012. Both of these events are particularly designed with French-to-English and English-to-French translators in mind and provide excellent opportunities to learn and to network in terrific locations. I have asked Chris Durban and Grant Hamilton for a brief overview of each event – I hope you will take a look and, perhaps, make one – or both – part of your summer plans. 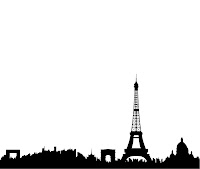 How did the Université d'été de la traduction financière start?
It began in 1989 with a "Training day for Financial Translators" at the Paris Stock Exchange. Contacts there were aware that listed companies were having a hard time locating the translation talent they needed; even experienced financial translators often didn't understand exactly how listings or clearing and settlement worked. Many weren't really familiar with the asset management scene, financial reporting requirements or even basic accounting, and I'd discussed this off and on with officials at the Exchange.

At the same time, I was involved in a language association that needed to raise money for another project. So the first training day at the Exchange was designed to kill two birds with one stone: give motivated translators some direct exposure to expert analysis of stock market processes and strategies, and make some money for the association. It proved popular and over the next few years we continued with an annual training day in Paris until Jackie Reuss suggested moving it to La Rochelle, on France's Atlantic Coast, and making it an SFT event. That was in 2002.

From one day to three
For La Rochelle we adopted a three-day format: there's high-speed train service to the town from Paris, but it was still quite a ways to travel for a single day. Since logistics were complicated, we also made it biennial — and went on to meet in La Baule (2004), Paris (2006), Brussels (2008) and Luxembourg (2010). These days attendees come from France and French-speaking Europe, but also other European countries. The UK, of course, but there are 8 or 9 people from North America attending in 2012, and a growing German-language contingent, too.

The name looks self-explanatory and France has a long tradition of universités d’été for professional groups and political parties, but what are you actually trying to achieve?
In a nutshell? Help motivated translators get up to speed in various specialist areas of finance and banking—understand the big picture as well as the specifics, the nuts and bolts.

A word here about speakers: although we sometimes make exceptions for notable translators who are really top experts in specific areas, our presenters are generally heads of companies, strategic leaders in various areas of finance, government officials, and so on. They know their stuff. And once they've talked about their specialty and fielded very pertinent, probing questions from translator attendees, they go back to their companies with a new awareness of the skills that are out there—and how the experts in the room can help them communicate across borders.

Who organizes it?
These days the co-organizers are Dominique Jonkers and myself. The most challenging part is putting together the program, locking in the speakers. We brainstorm on who we'd like to hear speak and try to identify hot topics, which often reflects the translations we're doing or colleagues are doing. Members of Dominique’s Financial Translators list also suggest topics they think are interesting and, in some cases, speakers.

When markets are in turmoil (right now is a good example) it gets even more complicated, since senior bankers and financiers don’t really want to commit to a speaking engagement if a crisis—another one—is likely to materialize.

Have you made any major changes over the years?
Since Brussels, we've added a “writing workshop” component where translators separate into language groups and work with expert translators for two or three hours. We've continued that every year since; it's very popular.

And for the first time ever, this year NYSE Euronext is inviting forty of our attendees to its "Bellroom" to strike the bell in the ceremony that marks the end of trading. That will be on July 13—and is quite an honor!

Regardless of practical constraints, what would be the dream scenario for a UETF?
Perhaps to get more people involved in organizing it. The spring is the busiest time of year for more clients, so things do get very hectic. But lots of the registration and admin logistics are now handled by SFT-Services, the new SFT subsidiary set up to organize training, so that’s very positive.

Over the years we’ve had some very prominent speakers and very enthusiastic participants, and—immodestly, perhaps—I do think UETF is a great model for a specialist translator event.

From a translator’s perspective, what’s the bottom line? Why attend?
You learn a lot. You connect up the dots. You get tips for essential reading and add to your network of expert colleagues and potential clients. That last point is worth repeating: lots of business gets done both during and after the université d'été, so it is prime example of how to invest your training money to learn how to do your job better, identify hot topics and link up with people who are looking for good translators.

For more information — and to register —
http://www.sft.fr/formation-traduction-universite-dete-de-la-traduction-financiere-uetf.html 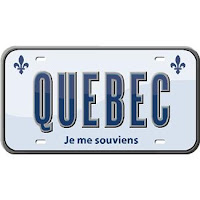 Translate in the Townships, its successor event, is taking place this August 20-22 in Orford, a resort town in Quebec’s beautiful Eastern Townships. Almost all the instructors from the Catskills are returning, and some new ones are joining us.

The event has two tracks: one for translators who work into French, and one for translators who work into English. You can consult the English program at http://translateinthetownships.com/2012-program and the French program at http://ontraduitdanslestrie.com/programme A common thread to all the sessions is the importance of style in translation in these days of automatic this and machine that.

With Translate in the Townships, the formula is now in its third edition and second country. The hope is to create an ongoing training event that changes venue from year to year, to give French-English translators the opportunity to meet and network, to improve their writing skills, and to better serve the premium market—all in a relaxing country setting.

To register please go to http://translateinthetownships.com/registration-is-now-open